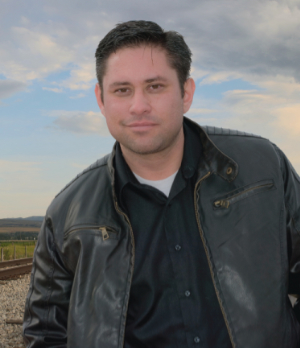 Scott V. Brian is a native Idahoan and was born in Pocatello, Idaho, where he spent most of his years until he moved to Idaho Falls in 2011 where he now resides with his wife Aubrey. Scott graduated from Idaho State University in 2001 with a degree in anthropology. From 2002 to 2007, he attended graduate school at Brigham Young University in Provo, Utah where he specialized in Mesoamerican archaeology. Scott worked as an archaeologist for over ten years on several projects in the United States, Belize, Mexico and Guatemala. Scott also lived in the Yucatan Peninsula among the Maya people of Mexico from 1992 to 1994. Not only did Scott learn Spanish but he also learned a little of the Yucatec Mayan language during that time. Scott has also guided many tour groups to the countries of Central America visiting the many ancient cities of Mesoamerica. He has personally visited more than 100 archaeological sites in the region. As an archaeologist, Scott is best known for his work with stone tools and artifacts; especially for his research into the pre-Columbian weapon call the macuahuitl also known as the Aztec sword. Made from tropical hardwoods, the macuahuitl was a club-like weapon edged with obsidian blades sharper than modern surgical steal blades. Scott is one few in the world able to make authentic replicas of this weapon. His macuahuitl replicas have been featured in several books, articles, websites and documentaries. In 2008, Scott officially founded the Southeast Idaho Paranormal Organization (SEIPO for short). Using his investigative skills from archaeology, Scott endeavored to create a paranormal investigative group that would adhere to scientific methods and approaches to make ghost-hunting more scientific. From that time, he and his SEIPO team have investigated numerous reputedly haunted locations all over Idaho, Montana, Wyoming and Utah. Scott has also been told 100s of paranormal experiences from numerous individuals during his events and paranormal tours.

As part of SEIPOs mission to engage with the public, Scott along with Old Town Pocatello, organized the first Pocatello Haunted History Tour in 2009, and in 2015, Scott and SEIPO took part in the first Idaho Falls Haunted History Tour sponsored by the Museum of Idaho. Through his involvement with these events and other engagements Scott has spoken to thousands of individuals about his ghostly studies. Beginning in 2010, Scott also produced the Mysterious Destinations television series that has been view by tens of thousands of people by broadcast and the internet. Scott is now producing stand-alone documentaries under the Ghostology name. In 2012, Scott launched the Ghostology.com website and blog. Ghostology is Scott's personal platform for all things paranormal and ghostly. Since launching the site, Scott has posted several articles about paranormal investigation, not just to entertain but to begin a dialog about how scientific paranormal investigations should be conducted. Scott has also begun to publicly speak using the Ghostology banner to educate as well as entertain audiences. In September 2018, Scott will release his first of five books in the Ghostology: Tales from a Decade of Paranormal Investigation series. The first volume call: Ghostly Attacks will focus on paranormal experiences where witnesses and investigators have had physical contact with the unknown. The Ghostology series will be released as each book is completed over the next two years.

Follow our YouTube channel for access to numerous videos created for our Mysterious Destinations television series and shorter clips from investigations used for live presentations given by SEIPO investigators at various Haunted History Tours and IFPL Events. Investigate the evidence yourself, and then listen to Interviews with Investigators: A Paranormal Podcast to join in on the discussion.

In this podcast, SEIPO investigators Scott V Brian and Kevin Bowerman team up to discuss some of their most intriguing investigations, along with other occasional guest experts from the field. They will break down the details of their ghostly encounters, discuss possible theories to debunk what they experienced, and leave you with interesting questions to ponder.